A rain screen with closed joints (115)

Rain screen façades solved with thin claddings are a good solution in terms of watertightness and sun radiation protection. In addition, they permit a wide range of image variations and so are supposed to be a gift for most architects. However, for some, all those open joint claddings somehow give a sense of insufficient robustness; the wall is just a veneer, a veil.

The desire to recover the image of robust, stone walls is probably behind the solution adopted in this building: a rainscreen façade solved with a thin stone cladding, WITH CLOSED JOINTS! Only the joints around the windows are open.

The green stone and the order of the large bronze-coloured frames surrounding the windows give a really suggestive image.

But does knowing what it is, rather than what it looks like, annoy you? 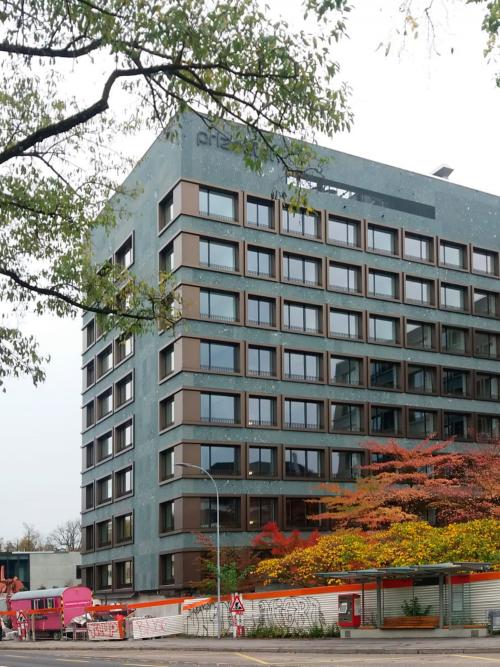 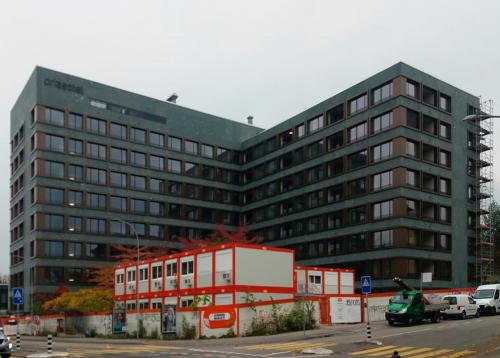 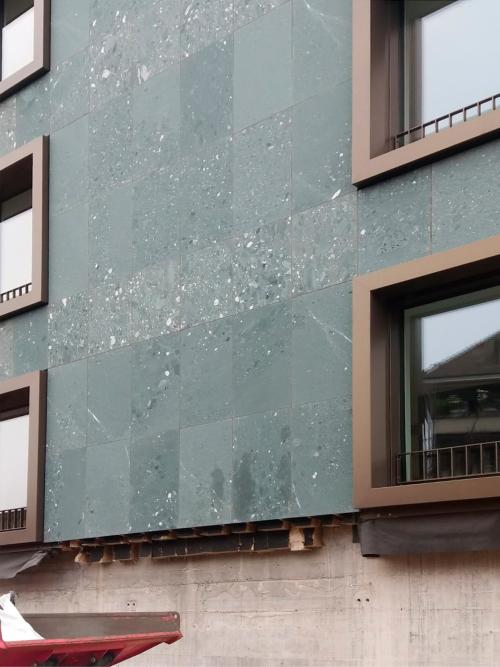 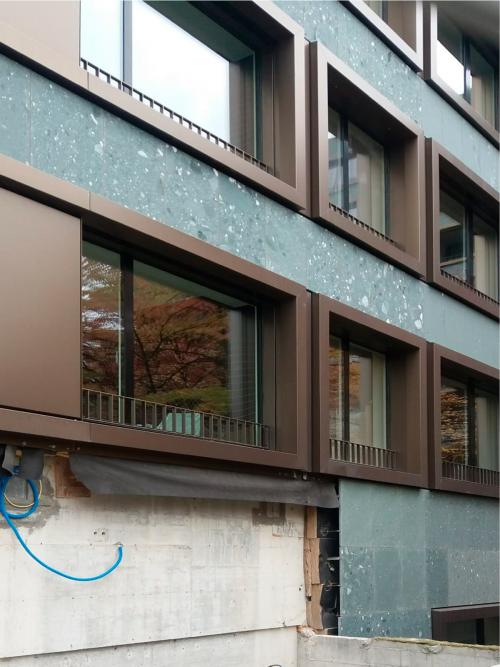 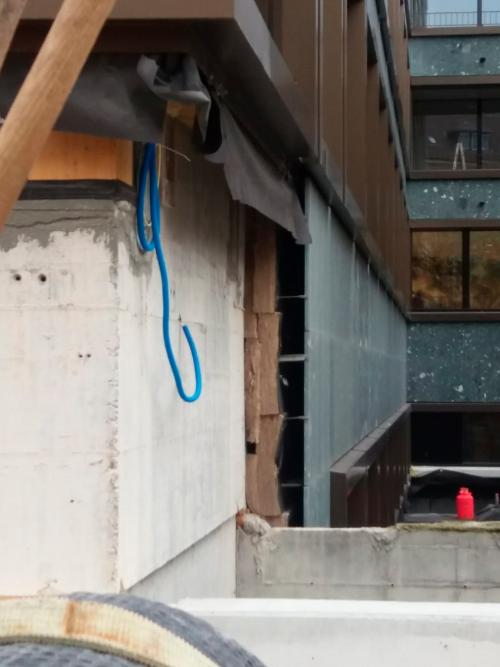