How to introduce in a new building of housing the traditional aesthetics of facade of the old town of Barcelona?The proposal tries to introduce the shapes and textures of the traditional architecture of the context with the technologies of a prefabricated facade in order to combine the lightness of a rainscreen solution with the texture and materials of the place.The result is a plaster facade with open joints that remark the horizontals, aiming to give the shapes and shadows of the old balconies of Ciutat Vella. 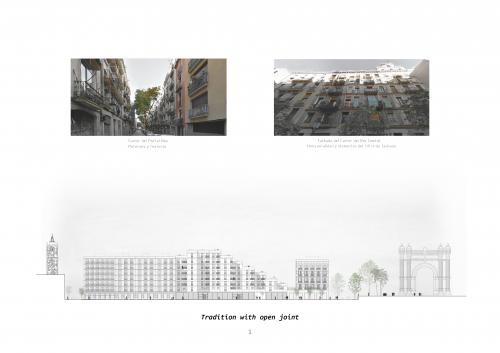 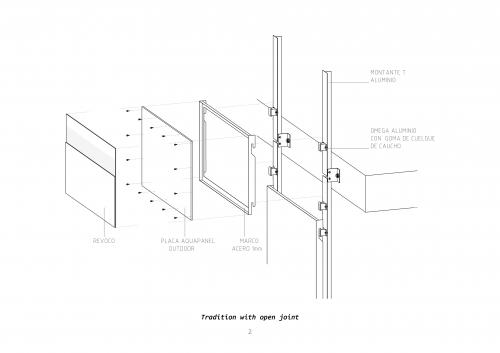 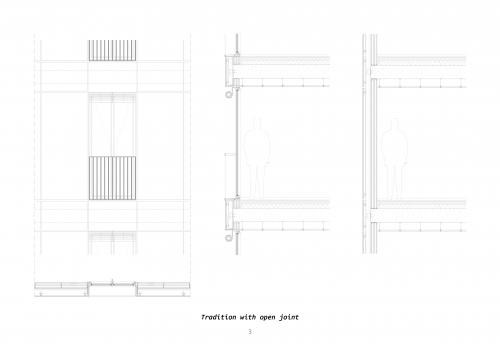 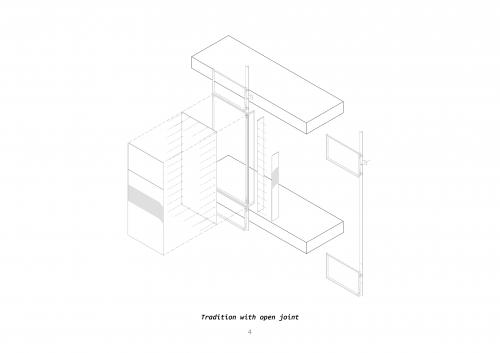