The Poblenou neighbourhood is located a few metres from the Barcelona coast. A formerly working class district with a large capacity of people who are increasingly suffering from problems of gentrification. This is characterized by buildings of considerable height called Túpolev, which were built in the mid-twentieth century to accommodate humble families. The main problem with these buildings is that they border between the beach and the neighborhood and tourism is driving rents up exponentially. This is why this project aims to rebuild social housing at low cost. Homes formed as a mix of platform frames and rainscreen facades( to be built as quickly as possible ).The project itself arises from Túpolev himself, a module of exact proportions is extracted to a house of this one in order to find an aggregation unit that can subsequently generate a system that blurs the border of Poblenou.By having the aggregation unit, the system gradually grows with the South orientation in height, in order to give the maximum thermal and light qualities to each module. This grouping allows an efficient way to connect with the whole system characterized by housing modules, but at the same time of services, bars, gymnasiums, study rooms, meeting rooms and kindergartens. One of the main points of the project was to protect the housing of the extreme radiation that we experiment in Barcelona in summer periods , but at the same time, have some tipe of mechanism to take advantatge of the solar radiation in winter. In order to guarantee optimum protection and maximum energy use, the project is structured on the basis of two strategies, a filter on the façade(which is able to be opened to generate an awning(solar protection)) and a landscaped roof.This last one has included in hiself a ventilated roof that allows better heat dissipation in this period that we have mentioned before. 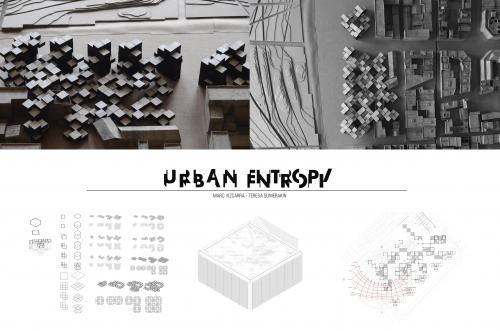 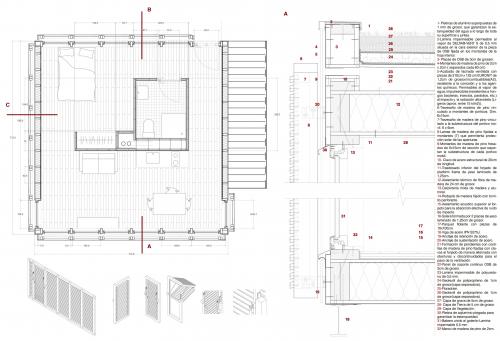 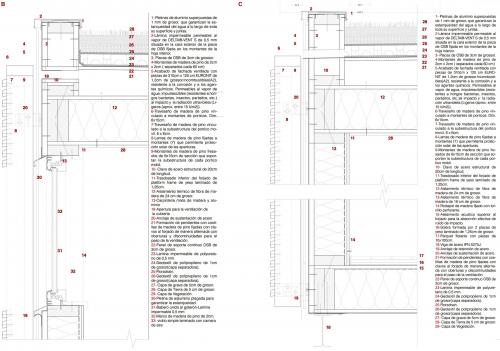 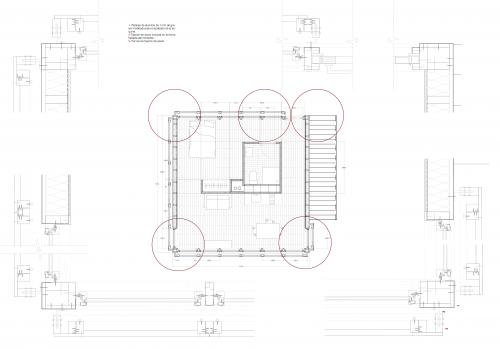 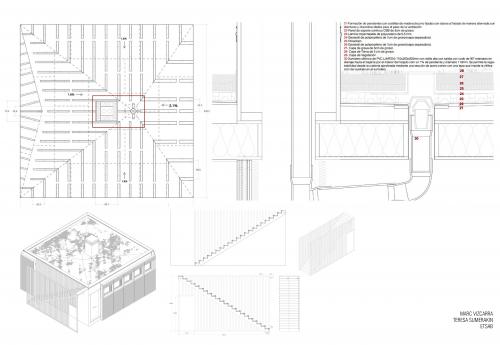