The student’s residence on the Campus Diagonal uses two façade systems: the first, ETICS, solves water tightness through the impermeability of the rendering; the second, a rainscreen, uses an open-joint outer sheet and drainage of the cavity.

In the highest volume, the ETICS façade to the southeast is protected from solar radiation with horizontal slats that cover the openings and the blind area. If a rainscreen façade system had been used for this enclosure, the "shadow" effect would have occurred without the need to add anything else, since it is implicit in the rainscreen façade. Obviously, the building would not have been the same. We simply want to stress that the rainscreen façade has watertight and solar protection functions, which makes it the same as an ETICS with slats over it. 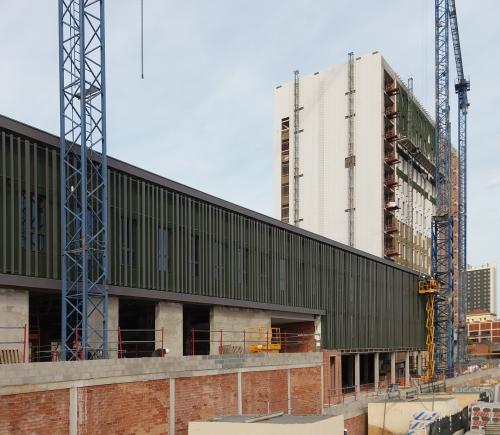 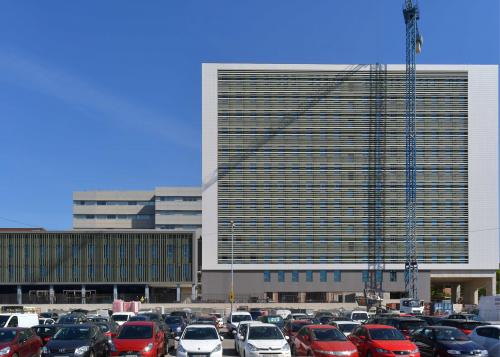 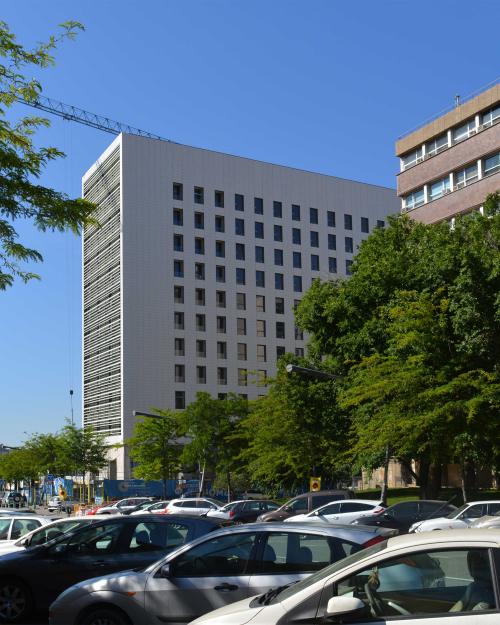 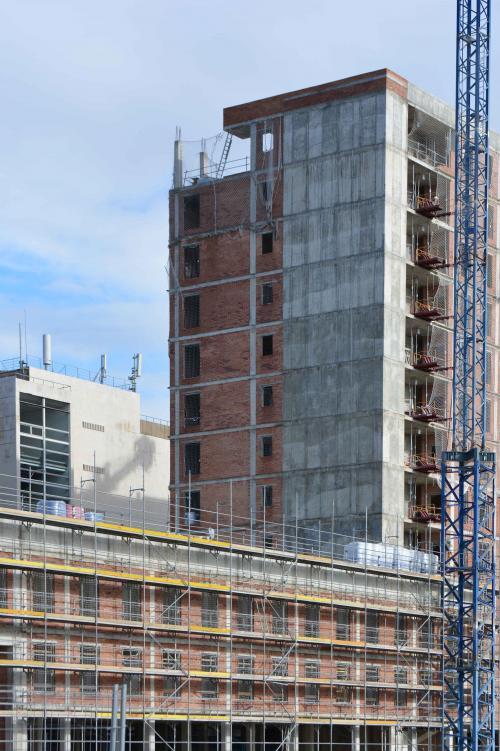 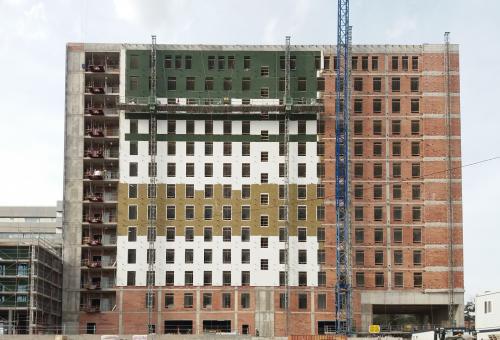 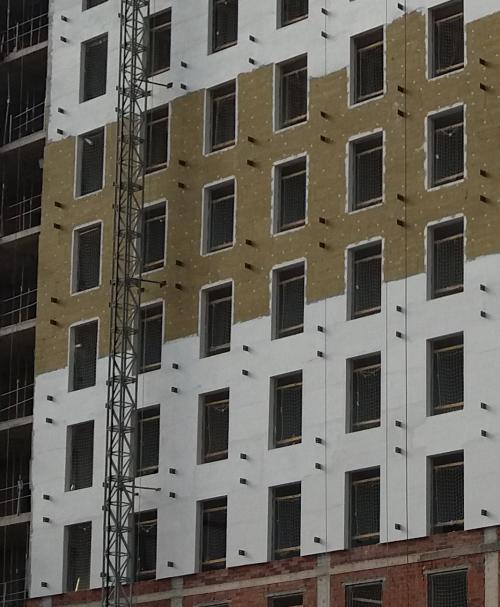 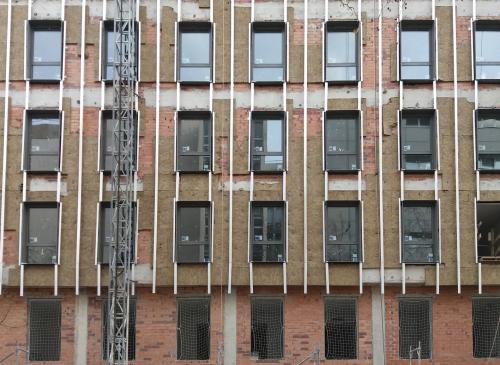 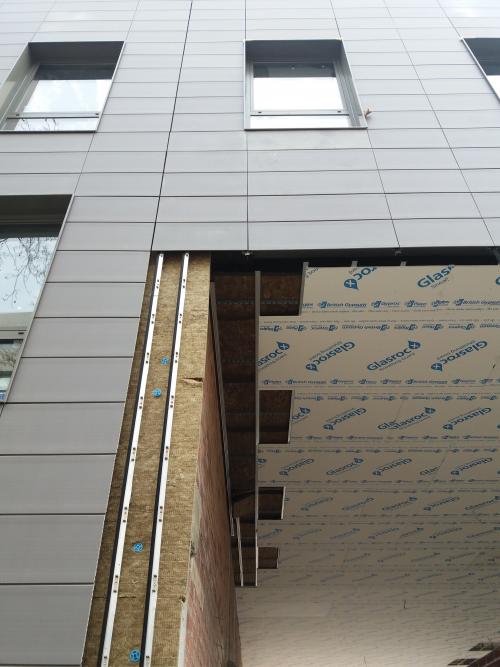 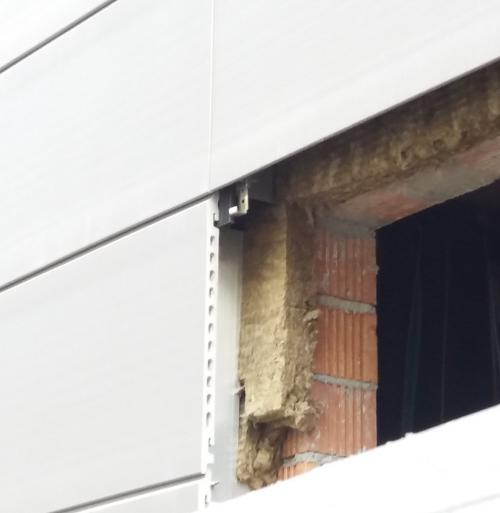 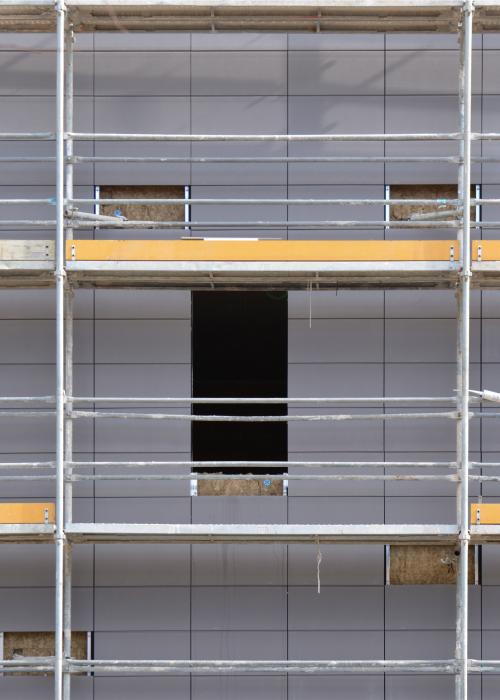 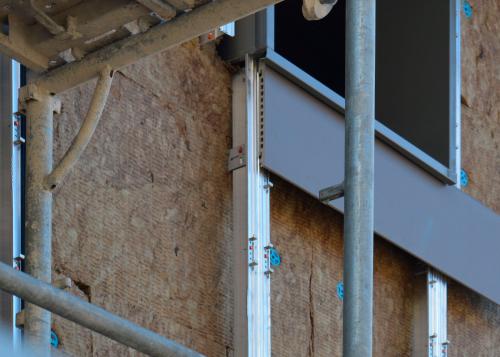 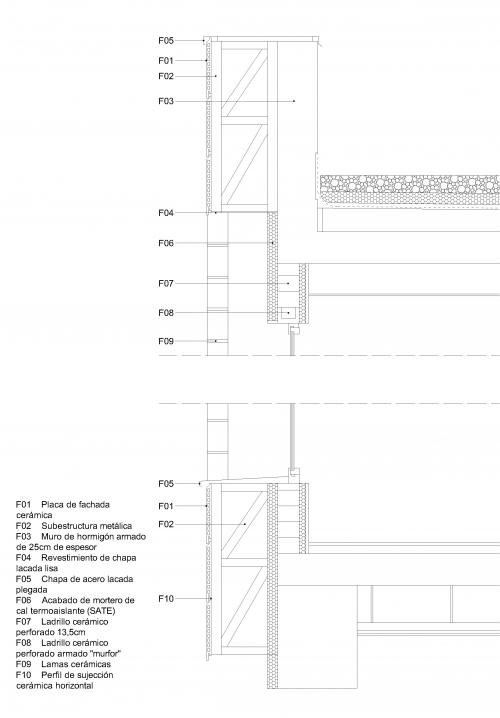